The Basic Essay
A guide for how to structure the basic essay, including the introduction, a series of body paragraphs, and conclusion.

Plagiarism: How to Avoid It
A quick guide to what plagiarism is, and how to acknowledge any material that you borrow from another author or source.

Paraphrasing without Plagiarizing
Learning to paraphrase effectively and completely is a key skill for avoiding plagiarism.

Guide to Grammar and Writing
A range of useful handouts on grammar, English usage, and the writing process. 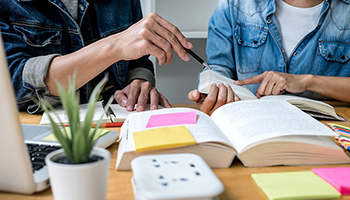 Editing for Noun-Related Errors
Nouns are the core of the sentence. Once you understand how nouns work, you can easily identify and edit for errors like articles, subject-verb agreement, singular/plurals, and gerunds.

Matching Articles to Nouns
Use of English articles (a, an, the) depends on the overlapping notions of number (singular/plural, uncountable) and specificity (general or specific). Editing for articles improves with understanding these overlapping concepts and with practice.

Subject-Verb Agreement
In a sentence, the verb must agree in number with the subject. Learn to identify the subject and its corresponding verb.

Using Verbs as Nouns
Gerunds and infinitives look like verbs, but they actually function as nouns in a sentence. Because there are few rules to help guide which form to use, learning to use an English learner’s dictionary is one of the best strategies.

Parts of Speech and Word Form
The spelling of word endings, called suffixes, changes what words can do in English. Understanding word form also helps you learn about parts of speech (Noun, Adjective, Verb , Adverb).

Adding Who, Which and That
Use who, which and that to correct sentences with mixed construction or double verb errors where one of the verbs is missing the subject.

Avoid There is, There are and It is
“There” and “It” used as subjects are called expletive subjects because they have no meaning; they act as false subjects. 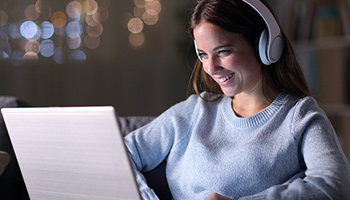 ESL Bits
Use English literature to practice your reading and listening skills at the same time with easy to follow short stories, novellas and full-length audio books.

BBC 6 Minute
Listening practice with videos that come with supporting English learning materials to help you learn the latest phrases to use in your everyday conversations and improve your grammar and pronunciation.

ELT Academic Speaking Practice Learning Plan.pdf
This resource desribes how you can work with a tutor to practice speaking skills.

Using a Dictionary to Improve English Expression
English learner dictionaries provide a powerful tool for word choice and expression in writing, especially for the many word combinations in English that do not follow grammar rules.

A popular free online dictionary that helps you understand word meanings, see example sentences, and hear correct pronunciation. It is especially helpful to show you which words go together in English (collocations).

The English Club’s pronunciation overview
A detailed source of information about English pronunciation, with recorded examples for listening practice.